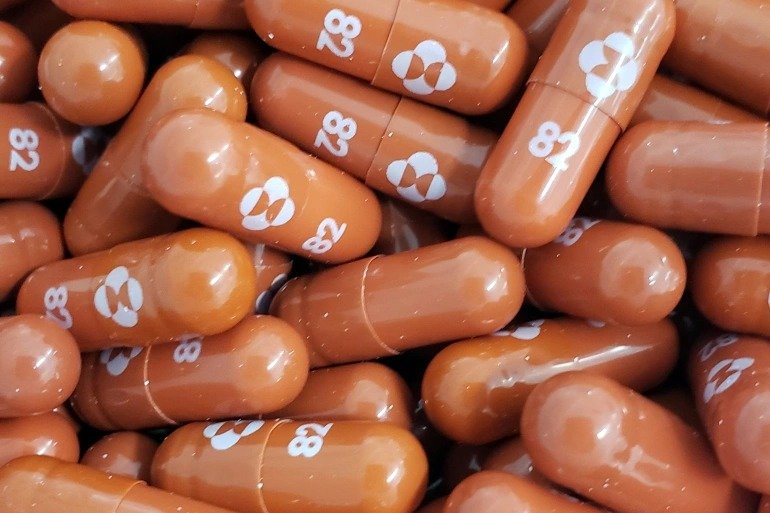 US health regulators have approved a second COVID-19 antiviral pill, providing yet another easy-to-use treatment to combat the rising tide of Omicron infections.

Merck’s molnupiravir was approved by the US Food and Drug Administration on Thursday. The approval comes just one day after the FDA cleared Pfizer’s competing drug. Because of its superior benefits and milder side effects, that pill, Paxlovid, is likely to become the first-choice treatment for the virus.

In a clinical trial of high-risk individuals early in the course of the illness, Merck’s drug was shown to reduce hospitalizations and deaths by about 30%. The oral drug has been approved by the FDA for the treatment of mild-to-moderate COVID-19 in adults who are at risk of developing severe disease and for whom no other coronavirus treatments are available or clinically appropriate.

Molnupiravir’s ability to prevent severe COVID-19 is much lower than previously thought, and the drug label will include a warning about serious side effects, including the risk of birth defects.

The Pfizer pill works differently and has fewer side effects. In addition, Pfizer’s drug was three times more effective in testing than Merck’s, reducing hospitalization and death in high-risk patients by nearly 90%.

Both the Merck and Pfizer pills, on the other hand, could be promising tools for COVID-19 patients, particularly in the face of the fast-spreading Omicron variant, which is now dominant in the United States and beyond.

Antiviral pills, such as Merck’s, are unlikely to be effective against Omicron because they don’t target the spike protein, which contains the majority of the variant’s dangerous mutations.

Molnupiravir, a Merck drug, is not approved for use in patients under the age of 18 because it can affect bone and cartilage growth, according to the FDA. Pfizer’s drug was approved for people aged 12 and up on Wednesday.

Patients in the United States will be able to receive both treatments for free.

Merck’s drug slows the coronavirus’s reproduction by inserting small errors into its genetic code. Concerns have been raised that the drug could cause mutations in human fetuses and even lead to more virulent strains of the virus as a result of this genetic effect. The variant risk, however, is largely theoretical, according to FDA scientists, because people take the drug for such a short period of time.

Some experts doubt that the Merck drug will play a significant role in the United States.

“I don’t think it will be used to the extent that there is an ample supply of Pfizer’s pill,” said Dr. Gregory Poland of the Mayo Clinic, referring to the Merck drug. “There would be no reason given the lower efficacy and increased risk of side effects.”

Merck’s senior vice president of clinical research, Dr. Nick Kartsonis, said the company’s scientists are still studying the drug and hope to get it approved for use in children in the future.

The molnupiravir restrictions were expected after an FDA advisory panel narrowly endorsed the drug last month, warning that its use would have to be tailored to patients who would benefit the most.

Is Ukraine on the verge of a nuclear disaster?

69952
« Zuckerberg is up Against Some Serious Metaverse Competitors
In Lebanon, manufacturers mull stark choices to stay in business »