UFO Sightings In Canada Increased To 50 Percent During the Lockdown

People have seen more unidentified flying objects or UFO during the lockdown in Canada, according to UFO researcher Chris Rutkowski. Like the US, Canada is also keeping a record of UFO sightings throughout the years.

According to Rutkowski, it seems that the Canadians are looking up more often this year.

Rutkowski said it seems like the Canadians are looking up the sky more often these days, as Canada is expecting an increase of 50 percent from UFO sightings data last year. He said, “for some reason,” people are reporting more UFO sightings during the lockdown. Last year Canada reported about 849 UFO sightings.

According to Rutkowski, the most part, UFO sightings are explainable, and these objects come along every so often. He said it “makes people scratch their heads.” 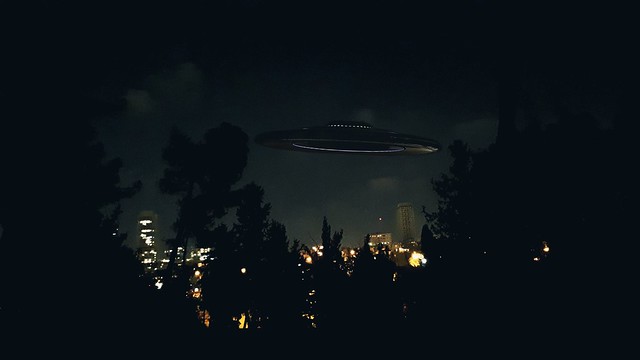 He explained that, in most cases, the sightings are “just ordinary mistakes or misidentifications.” However, he also noted that there are some cases every year that there was about three percent that remained unexplained. He said these objects didn’t seem to be airplanes, stars, or fireballs.

He added the reports are coming from all over Canada and from coast to coast.

Rutkowski said they are also getting reports from pilots. The pilots would report that they’re receiving collision alerts on their transponder systems; however, he said, ‘there is nothing there”. Other reports are from air traffic controllers saying there are objects in the sky that don’t show up on radar. There are also reports from ordinary people who happen just to be looking up the sky and saying they saw something that is not a plane or a star.

He said the people describe the objects as something that is flashing lights in different colors, but they are really not sure what it is.

Rutkowski said he hopes that the reason why Canadians see more of these unidentified flying objects is that the people are able to spend more time outside now. He said the sky is beautiful, and there are “lots of opportunities to see some things.”

UFO sightings in the US

The National UFO Reporting Center said Pennsylvanians reported about 358 sightings of strange lights and objects in the sky. The report was made available in an analysis of the center’s database by SatelliteInternet.com.

Among the top 5 states where most sightings were reported are California, with 752 reported sightings, Florida with 567 sightings,  Washington with 386 sightings, and Texas with 375 sightings.

Despite the increasing number of sightings, Kristin Cooke, the author of the report for SatelliteInternet.com, said these items are not really something to be scared of. According to her, most UFO sightings are related to a strange aircraft or odd light formations descending slowly into a forest.

She speculates it is because people are outside more often in good weather. She jokingly added that aliens go to other places during the summer with their kids too. She added tips for UFO hunters and said the tools for UFO hunting include binoculars, night vision goggles, and cameras. She noted that “a lot of patience is also required for it”

She said if someone is planning an alien interception, the best action is “to pack a cooler of beer and get ready for a long night of stargazing”.