Hagia Sophia had been a church for 900 years until a young lad who associated the site with another belief that his father had transmitted into him through a tiny clot. 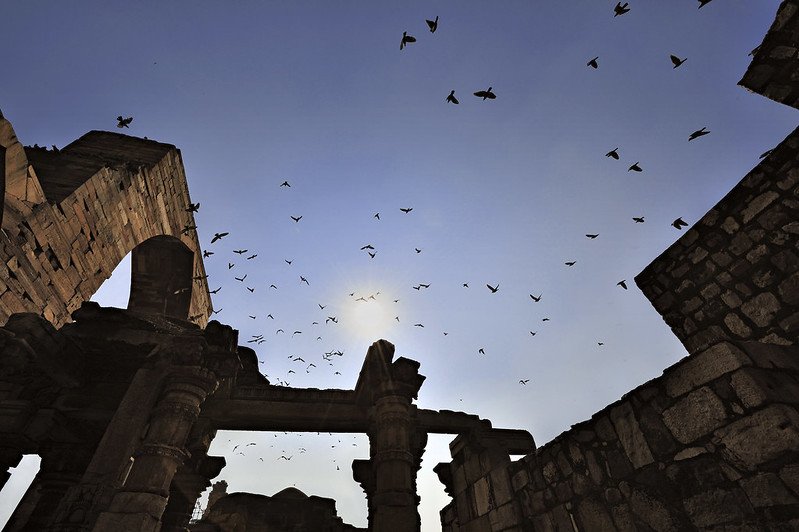 No matter how wiser you are, some matters always elude your intellect; and this tale of two crumbling secular states could be one of those.

Hagia Sophia had been a church for 900 years until a young lad who associated the site with another belief that his father had transmitted into him through a tiny clot.

This masterpiece of art and architecture was built in the sixth century, and it was turned into a museum in the 1930s by a secular leader, Kamal Ataturk.

However, as secularism is out-of-fashion nowadays, Hagia Sophia has been converted into the mosque again.

There could be many insightful reasons for this decision: maybe there are more numbers of prayer-seekers in Istanbul lately, or maybe that the president needs an exalted pulpit to convey a political message.

When the buildings like Hagia Sophia echo the sound of a dominant religion in a secular state, it tends to give a clear message to those who repent history by learning from past mistakes.

Yet there is another religious site in another part of the world, though less glorious than Hagia Sophia, it is by no means less significant symbolically or sentimentally for the people attached to it. It is the Babri Mosque in India.

The first Mughal Emperor, Babar, had built a mosque some 500 years ago, which has become the center of controversy between the Muslims and Hindus in India. On August 5, a great temple officially witnessed its first stone over the ruins of the Muslim grandeur in India.

The chief guest of the inauguration ceremony of Ram Mandir was by chance also the prime minister of India that is as secular as Turkey.

It is of no use to indulge in the nitty-gritty of the legal complications; the simplest explanation is that the court ruled against Muslims as they could not prove that the Babri Mosque had been organizing prayers regularly, or that it was actually under the possession of the Muslims.

Yet, some critics are worried over the fact that the PM of a secular state himself inaugurated the foundation stone of a religious site.

But all those critics are naïve if they think that the political messages are reserved for the mosques only, like in Turkey.

Besides, there will be conspiracy theorists who will link the inauguration date, August 5, with the last year’s event on the same date. On August 5, India abolished Article 370, the constitutional provision that gave Kashmir a special status that had kept the territory somewhat sovereign.

For a saner mind, it would be difficult to find a political message on these apparently non-sensical dates between the two events. The first was an administrative decision; the other was a religious matter. Besides, when did you last saw a leader mixing religion with politics?

This temple in India is being built following the court orders like Hagia Sophia had been turned into a mosque following the judicial order.

As far as secularism is concerned, the Turkish ambassador in India said that the Hagia Sophia’s transition into a mosque would not affect the secular nature of Turkey. The verdict from Indian Supreme Court, too, was not something very different!

So, it seems more like a coincidence, and perhaps not a tale of crumbling secular states at all.