How China’s Fashion Market Changed in 2021

The world’s largest fashion market has not slowed, but it has been reshaped by a year of crisis and disruption.

According to BoF and McKinsey’s The State of Fashion 2022, domestic luxury sales in China are expected to nearly double next year compared to 2019, but the brands and companies best positioned to profit from this growth are changing.

The annual round-up by BoF of the forces that shaped China’s fashion, beauty, and luxury industries in 2021 serves as a crib sheet for understanding the landscape for the coming year.

This year’s relatively strong demand for fashion and beauty in China hasn’t benefited all players equally.

International brands have struggled to navigate cultural and political divides between Western and Chinese markets, with allegations of forced labor in China’s Xinjiang region proving a particularly thorny issue. After stating that they would not source cotton from the region, companies such as Adidas, Nike, and H&M faced a financial backlash from nationalists in the country. Meanwhile, domestic competitors such as Li Ning and Anta have seen an increase in sales. 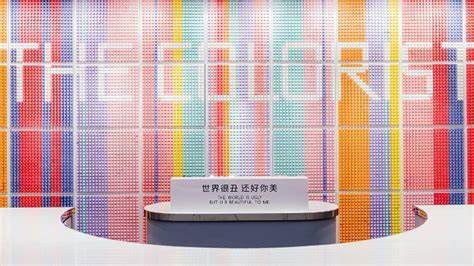 With Chinese shoppers likely to face travel restrictions until 2022, brands will have to tread carefully through increasingly tense politics while investing in local store networks, relationships, and activations.

President Xi Jinping called for “common prosperity” and the reduction of “excessive incomes” in September. The statement, as well as the prospect of new taxes for China’s elites, frightened investors, wiping $120 billion off the market capitalizations of luxury companies. The stock market has since recovered as experts concluded that China’s goals could help expand the country’s middle class and, as a result, luxury demand, but Xi’s remarks have also caused a noticeable shift in market tone. For example, this year’s major Singles’ Day sales event hosted by e-commerce giant Alibaba emphasized sustainability and the common good rather than sales figures.

Meanwhile, the threat of increased volatility and regulation looms over a number of industries.

Big tech companies, which fashion and beauty brands rely on to reach the country’s vast consumer base, have had a particularly difficult year. New guidelines aimed at limiting the power of China’s tech behemoths have thrown the country’s biggest e-commerce players into disarray.

Regulating celebrities and the media in other countries is also causing fashion to shift. Following the tax evasion, rape allegations, and geopolitical sensitivities scandals involving former luxury brand ambassadors Zheng Shuang, Kris Wu, and Zhang Zhehan, President Xi ordered a clean-up of China’s entertainment industry, resulting in not only the censorship of “immoral” celebrities, but also a heavier burden on brands to form relationships cautiously or risk aligning themselves with disgraced figures.

In September, broadcasters and platforms were told to ban stars with “incorrect” politics and poor “moral conduct” as part of the crackdown. Activists and industry insiders are concerned that the crackdown will affect diversity and promote discrimination, making it a difficult situation for brands to navigate.

Uncertainty in the Economy

The convergence of several market-shaping crises in the past year has increased pressure on China’s economy and businesses, creating an uncertain outlook for the months ahead.

The country’s economic growth slowed to 4.9 percent in the third quarter, down from 7.9 percent the previous quarter, as a result of a housing slump and an energy crisis. Analysts are concerned that the slowdown will continue into the new year, compounding wider economic pressures brought on by a global supply chain crisis.

The impact of these crises is already being felt by China’s manufacturers. The country’s energy shortage — caused by a slowing coal supply from Australia, which supplies more than half of China’s power, and rising demand for electricity on the mainland — resulted in planned shutdowns in industrial hotspots across fashion’s most important manufacturing hub, as well as a spike in textile and garment prices.

This adds to the difficulties faced by China’s manufacturers, who are already dealing with rising raw material prices, global supply chain disruptions, and scrutiny over alleged forced labor practices in Xinjiang’s cotton production. These pressures are expected to hasten the shift to alternative manufacturing hubs already underway.

The threat of stagflation, which occurs when a country’s economic growth slows while inflation rises, is looming. It’s unclear what the consequences will be for both local and global brands, but rising logistics and raw material costs will force retailers to pass on costs to customers, which only the most affluent can afford.

A $10 million investment has been made in a Chinese streetwear incubator.

Milly Rock Group (MRG), a streetwear incubator with offices in Los Angeles and Shanghai, has raised nearly $10 million in Series A funding from Bai Capital. Xia Jiahuan, the founder of MRG, also co-founded the sneaker marketplace Solestage. In 2022, he expects the company’s revenue to reach 100 million yuan ($15.68 million). (BoF)

Amorepacific, a K-beauty behemoth, is looking to shift gears in China.

The company behind Sulwhasoo, Etude House, and Innisfree is considering cutting back on physical stores and accelerating the expansion of its premium offering and digital channels to boost sales in China. (BoF)

Viya, China’s ‘Livestream Queen,’ has been fined $210 million by the Chinese government for tax evasion.

According to tax authorities, China’s top livestream host, Huang Wei, better known as Viya, was fined 1.34 billion yuan ($210 million) for tax evasion. According to a statement released by Hangzhou’s tax bureau, the 36-year-old influencer failed to fully disclose her personal income in 2019 and 2020. (BoF)

Xiaohongshu has banned 29 brands due to allegations of “false marketing.”

The platform said it discovered the companies were paying a large number of users with products and cash to “spread false marketing content” on its platform through “external intermediaries.” It did not specify the nature of the content in question or how it violated platform policies or Chinese advertising laws. Several international beauty and skincare brands were among those impacted. (BoF)

In the new Shanghai development, the OTB Group will open four new stores.

For Maison Margiela, Jil Sander, Marni, and Amiri stores, the Italian fashion group has purchased four street-front, double-story pieces of real estate in JC Plaza Mall. The first Jil Sander flagship store in Shanghai will be located in a long-awaited new development in Shanghai’s downtown shopping district of Nanjing Xi Lu. The Amiri store in China will be the brand’s first. (From a press release)

Anta’s founding family donates $1.2 billion in stock to the company.

According to a statement released by Anta, the billionaire family behind one of the world’s largest sportswear brands has pledged to donate 84.5 million shares worth HK$9.26 billion (approximately $1.2 billion) to charity. The Anta Group’s business is largely controlled by the Ding family, including chairman Ding Shizhong and his brother, deputy chairman Ding Shijia, and their pledge comes amid Chinese President Xi Jinping’s call for “common prosperity” to close the country’s wealth gap. (Forbes)

With a Vengeance and no Apologies, Art Basel Miami Beach Has Returned Is Faux Turkey Finally Vegan-Approved for Thanksgiving? Pandora Papers Financial Leak Shows Us the Secrets of the World’s Rich and Powerful US Supreme Court Rejects J & J TALC Cancer Case Appeal 9 Habits that Drain your Daily Focus and How to Avoid Them Women’s Demand for Shapewear – the big Trends Valentino Launches its Cosmetics Line McDonald’s Sales Increase Amid COVID Restrictions US Promises to Share 60 million Doses of AstraZeneca Vaccines UK Offers Aid Amid Surging COVID-19 Cases in India Nomadland Director Chloé Zhao, Wins the Best Director in 2021 Oscar Pakistan floods: ‘The water came and now everything is gone’ Iraq: At least 23 dead amid fighting after Moqtada al-Sadr quits Pakistan floods are ‘a monsoon on steroids,’warns UN chief
Most Popular
Hello

Sewage in sea: French appeal to EU over UK discharges of waste

Sewage in sea: French appeal to EU over UK discharges of waste